For Amanda and Hunter, it was love at first flight. The couple met in flight school, where they were both learning to operate Blackhawks for the U.S. Army. After several years of dating and two deployments, the duo decided to make it official.

While planning their wedding, Amanda and Hunter were stationed at Fort Campbell in Kentucky and preparing to leave on deployment, so finding a venue with some flexibility was very important.

“I reached out to Howe Farms and explained that the groom and I were over three hours away from Chattanooga. They actually had someone video the entire property and send it to me,” explains Amanda. “We immediately planned a trip to Chattanooga, and the number one reason we chose Howe Farms was because of the staff.”

The Carpenters had their ceremony at Howe Farms’ Chapel Hill, and Amanda loved that they were able to customize it to their liking.

“They allowed us to bring décor and furniture up to decorate,” she says. “I really enjoyed the freedom we had to make it our own.”

Following the ceremony, the venue provided a vintage Cadillac to transport the newlyweds to their reception in the vineyard. An outdoor cocktail hour took place on the patio, and guests could indulge in Mexican-style appetizers and drinks before being treated to a full buffet later in the evening.

“It was a warm day, so we were able to take photos on the balcony inside the vineyard,” chimes Amanda. The couple also had a photo booth set up during the reception to ensure that making memories took center stage.

After an evening full of dinner and dancing, the crowd watched as fireworks shot overhead, and Amanda and Hunter left through a tunnel of sparklers.

“I honestly can’t pick a favorite moment from that day,” says Amanda. “From the moment I woke up until the night came to an end, it was truly magical.”

“When Hunter was graduating from flight school, the class leader called him to the stage after the ceremony was over. He walked on stage and pointed at me, motioning me to come up and join him. I had no idea what was going on. He got down on one knee and proposed. I said yes of course, and I still can’t believe his entire class was in on it.” 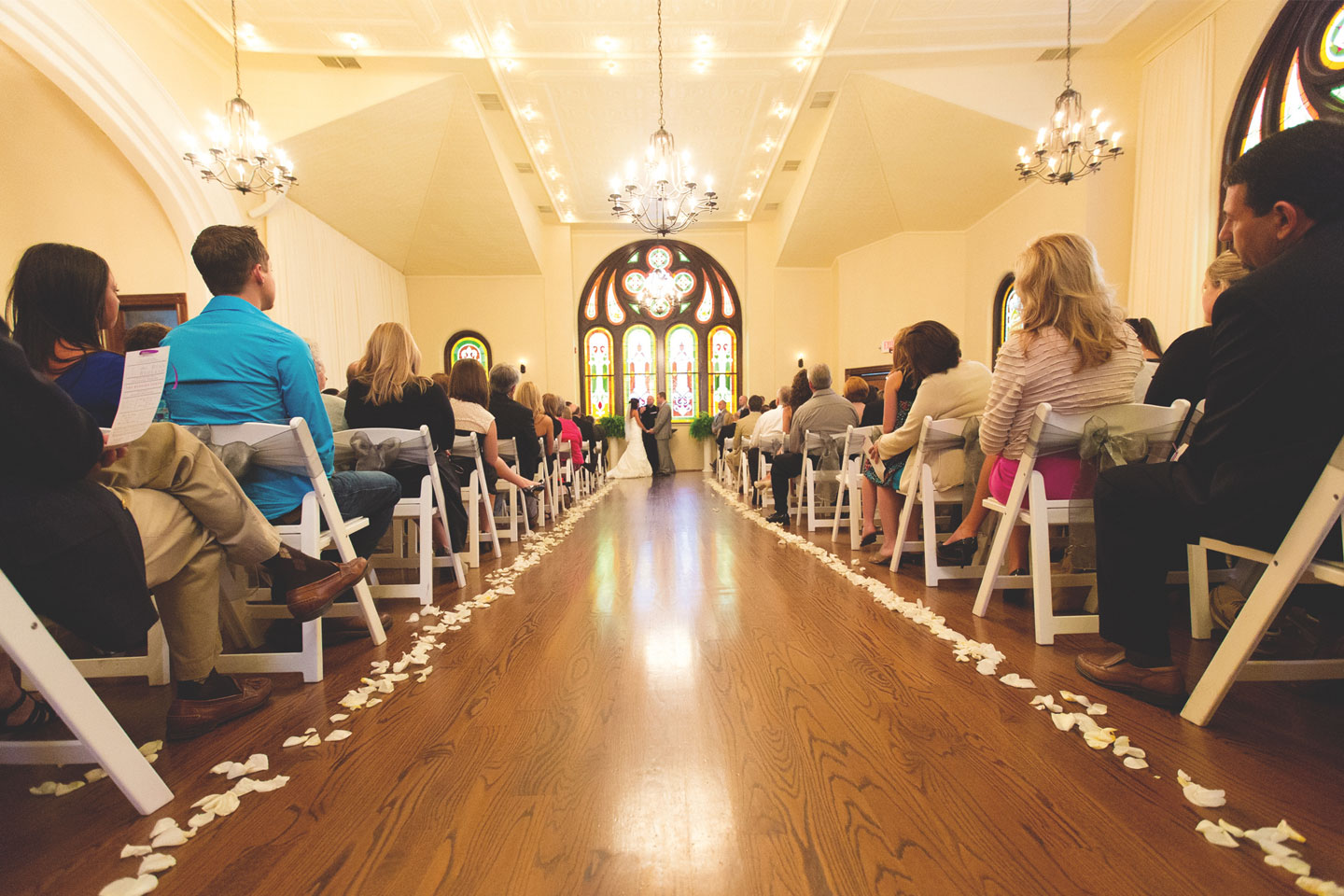